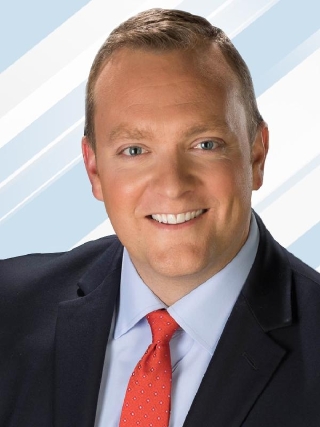 Andrew Buck Michael is a meteorologist for Good Day Columbus.

Andrew is a member of the American Meteorological Society and has been designated with that organization's Certified Broadcast Meteorologist Seal of Approval. He joined ABC 6/FOX 28 in 2012 from our sister stations in Dayton: WKEF and WRGT. He has had a love for the weather since he was three years old when his father tried to get him to say Cumulonimbus (a thunderstorm cloud) while watching storms roll into their Western Ohio farm. Andrew has won three Emmy awards for weather, interactivity, and technical achievement for building augmented reality weathercasts.

Andrew received his degree in Atmospheric Science from The Ohio State University and is very excited to be back in Columbus to cheer on his Buckeyes. His love for OSU is so great; he was even married on campus to his wife, Dawn, who is also a meteorologist. Dawn and Andrew have two kids: Summer and Evan.

When not at work, Andrew spends the rest of the day with his kids. He spends his free time with the kids working in his garden and running. He is also a member of the Columbus Westside Running Club and has completed several marathons and ultramarathons.