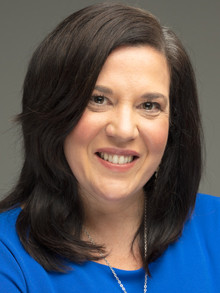 Multi-award-winning journalist Lisa Rantala became the ABC6 On Your Side Problem Solver in the summer of 2021 after earning two regional Emmys for her investigative work on education and being honored by the Ohio Associated Press. Her investigations have led to criminal convictions of local leaders and new school district policies aimed at keeping school board members accountable. Her new role allows her to continue to focus on advocacy, accountability, and giving viewers a voice.

She kept a close eye on state issues while anchoring and crime reporting in Toledo, Ohio. Before that, Lisa learned to kick out a southern drawl while reporting in Charlotte, North Carolina. She also came to appreciate true Tex-Mex while covering important border and immigration issues in Laredo and San Antonio, Texas.

While visiting family and friends in Finland, Lisa was even featured in the Finnish newspaper Ilkka for giving a presentation on American journalism to her cousin’s entire high school class. She graduated with honors from Wingate University in Wingate, North Carolina with a major in broadcast journalism.

Lisa likes to stay active. She has run in a series of full and half marathons and has participated in Columbus-area running groups. However, she maintains her best running buddy is her dog, Hallie.

Do you have a matter you’d like to send to ABC6 On Your Side Problem Solver Lisa Rantala?

Send her details on the issue including documents and/or pictures that support your claim by using the following link.