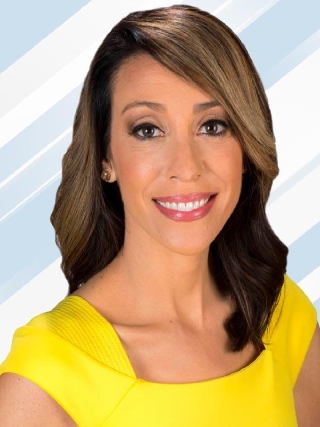 Stacia Naquin co-anchors ABC 6 News at 5, 6 and 11, as well as Fox 28 News at 10 with Bob Kendrick. Since joining the team, Stacia has tackled a wide-variety of stories impacting the Central Ohio community, including teen suicide prevention, vehicle recalls and troop homecomings.

She comes from 12 News in Phoenix, where she anchored the 4pm news and served as the station’s consumer investigative reporter, exposing bad business practices and saving the people of Arizona millions of dollars. During that time, she also wrote a weekly consumer column in the Arizona Republic, the state’s largest newspaper. Prior to her time in the Valley of the Sun, she anchored the morning shows for KKTV in Colorado Springs and KSWO in her hometown of Lawton/Ft. Sill.

An award-winning breaking news anchor and reporter, Stacia has covered stories from across the country, including the Aurora Theater shooting, Prince Harry’s visit to the United States and Super Bowl XLIX. She reported live from her home state of Oklahoma after a deadly tornado made its way through Moore, taking viewers inside the cleanup and recovery efforts. She has anchored extended breaking news coverage during the Arizona freeway shootings, deadly wildfires in Colorado and reported from the hardest-hit neighborhoods during the “Flood of the Century” in Phoenix.

Growing up a Navy brat in an Army town (Lawton/Ft. Sill, Oklahoma), Stacia continues to stay connected to the military community. A long-time volunteer with the USO, she is excited to share the many programs of the USO in Central Ohio, after serving as the Chair of the Advisory Council for USO Arizona and raising thousands of dollars for the expansion of the Rocky Mountain USO facility on Fort Carson.

Stacia earned the prestigious “Commander’s Award for Public Service” from the Department of the Army for serving as an instructor and developing a course in interpersonal communication for Fort Carson’s Transition University, a pilot program focused on assisting soldiers with their transition to civilian life.

Stacia and her husband are major college football fans, so they are excited to join Buckeye nation. Living in Columbus also brings her much closer to her parents, who live outside of Akron.